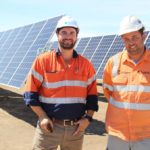 Australian labour hire companies recruiting trades and labourers to keep up with the growing demand for solar farm construction workforce.

As solar takes off across the country, Globe Group are supporting the future of zero-emissions energy through offering labour hire solutions to solar construction projects in New South Wales, Queensland and Victoria.

Solar farms are recruiting a range of trades for their construction.

Reach out to Globe Group Labour Hire in QLD, NSW and Vic to reap the benefits of the solar boom

Solar energy is hot right around the globe right now, a recent report from the UN has revealed.

Global Trends in Renewable Energy Investment 2019 has reported that global investment in renewable energy capacity over the last decade is set to hit almost 3.9 trillion. This translates to more gigawatts of solar power capacity installed between 2010-2019 than any other energy technology.

The solar market is booming at an exceptional speed. This is exemplified with the international investment in renewable energy (with the exception of large hydro) that has increased approximately fourfold since 2009. 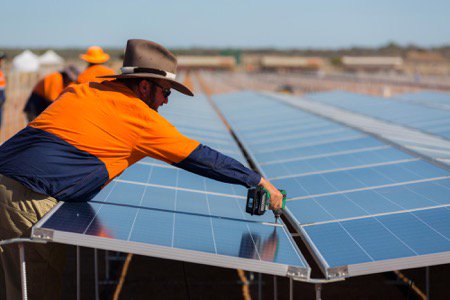 The solar energy sector is erupting globally, but it’s our sunburnt country that is leading the way. According to a paper published by ANU, the Australian deployment rate of renewable energy is 4-5 times faster per capita than EU, USA, Japan and China. Solar farms are increasingly looking like the best option to bridge the power gap, as traditional sites of power generation slowly lose favour around the nation.

Brown coal is one of the most carbon emission intensive sources of energy, and the closure of the Hazelwood power station has been reported as both a win for Australia’s environmental pursuits and a tragedy for the 900 workers who were forced out of jobs.

As it stands, Australia still relies heavily on the burning of fossil fuels to keep the nation powered.

Coal is set to slowly be phased out as renewable energies, particularly solar, rise.

The September issue of the National Emissions Audit by energy analyst Hugh Saddler supported by the Australia Institute, has revealed a growth of solar and wind power throughout the month. Today, wind and solar claim 14% of power generation in Australia. Journalist for Renew Economy, Giles Parkinson is quick to point out that this will increase as large-scale solar farms connect to the grid and initiatives like the $75 million Emerging Energy Program continue to remain popular.

While traditional sources of the nation’s power continue to slow, renewables are picking up speed.

This translates to far more than purely environmental benefits for Australia. For our hard-working Aussies, it means jobs – and lots of them.

The future is looking bright for solar energy in Australia 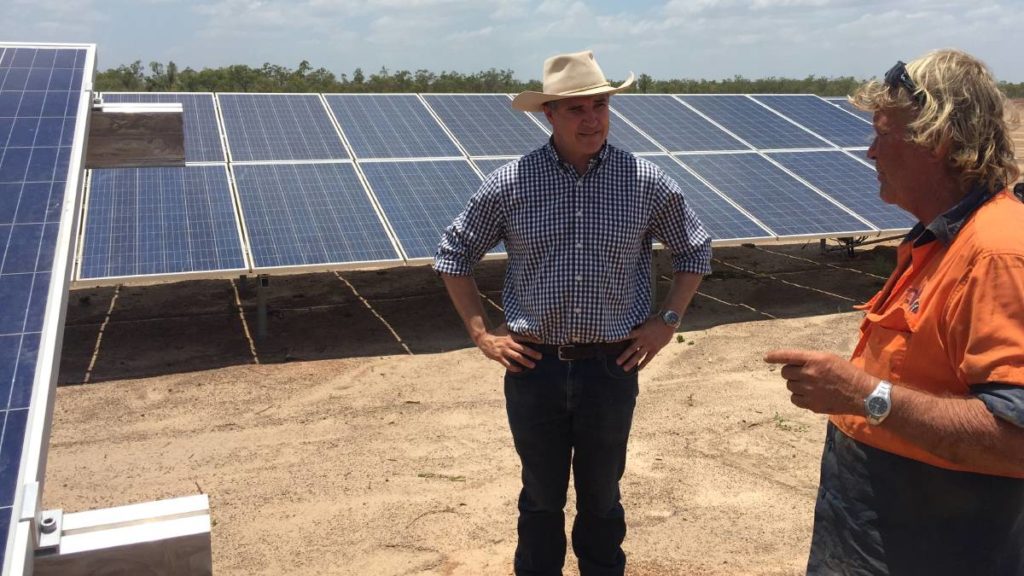 The Northern Territory government has set a target of reaching a net zero emission energy plan by 2050 through harnessing solar energy. The plan indicates that the 10GW solar roll-out by 2030 has the potential to create more than 8,000 jobs and rope in revenue of $2 billion.

When the Kerang solar and battery farm opened earlier this year, 180 people were employed for 10-12 months for the construction phase. Chief Executive of Edify Energy, John Cole claims that in just on-site provisions and food alone, workers injected tens of millions of dollars into the local economy.

Speaking to the ABC, manager for economic development at the Gannawarra Shire Council said, “The world’s changing, the world will continue to change, we can either sit back and watch it change or try and jump in and benefit our local economy and community”.

Globe Group comprehends the impact solar energy is having in Australia better than most, having witnessed an increased demand for labour solutions over the past year. Right now, the growing solar industry is demanding a skilled workforce across a range of trades to assist in the construction of solar farms across QLD, Victoria and NSW. As such, Globe has dispatched various skilled workforces to a host of major projects right across Australia. From short-term casual construction work to medium-term specialised recruitment solutions, our team has been supporting the boom of Australia’s solar energy industry.

Erynst & Young and the Climate Council posit that If Australia was to hit its target of 50% renewables by 2030, that would translate to 30,000 jobs nationally for hard working Aussies. Sound good, doesn’t it?

Globe Group Labour Hire and Recruitment Solutions are committed to keeping up to date with news, trends and topics of interest across everything from landscaping to other trades and services jobs, to new best-practice safety procedures. Check back to our blog to stay on top of the latest industry chat.

Our easy online induction and safety training makes getting boots on the ground and talent in your team easier than ever.

Whether you require one administration officer for the long-term, or, an entire workforce of labourers for casual construction work, Globe Group has the multi-industry expertise to deliver a hassle-free result that speaks for itself.

To hear more about our expert labour solutions, corporate hiring, trade services and workforce management, get in touch today.